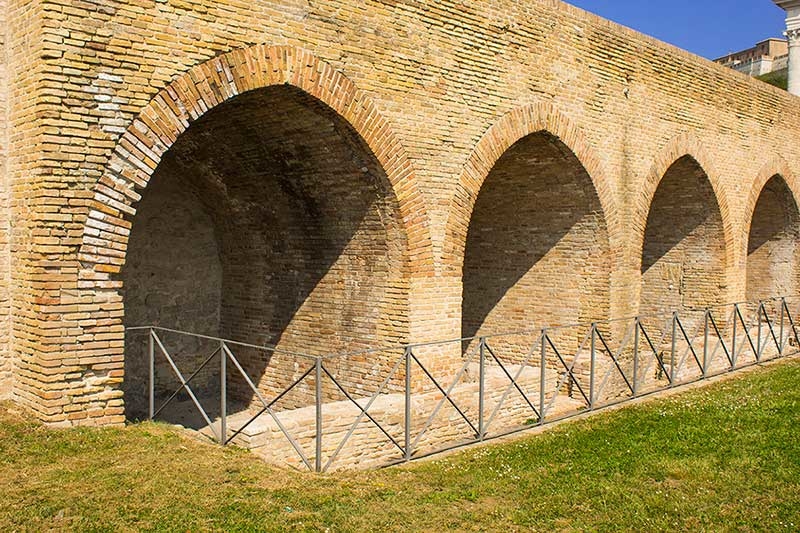 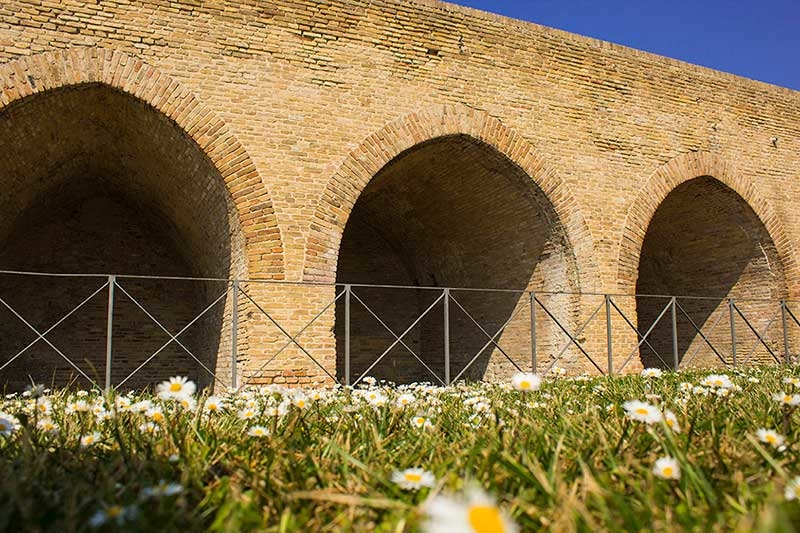 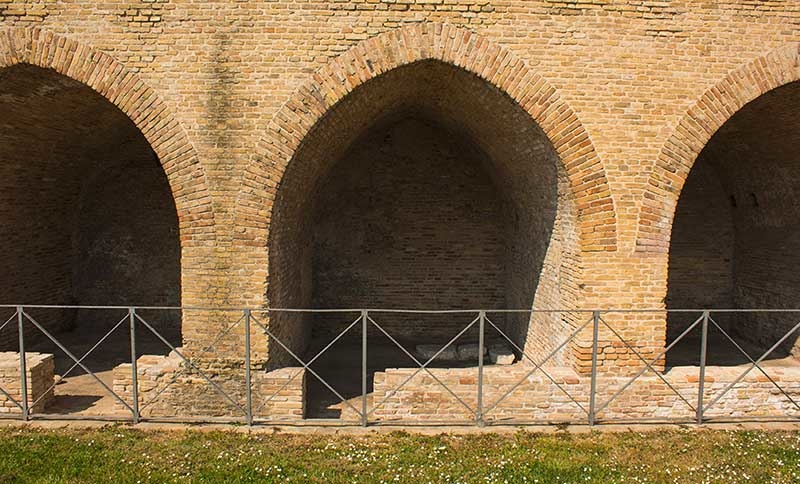 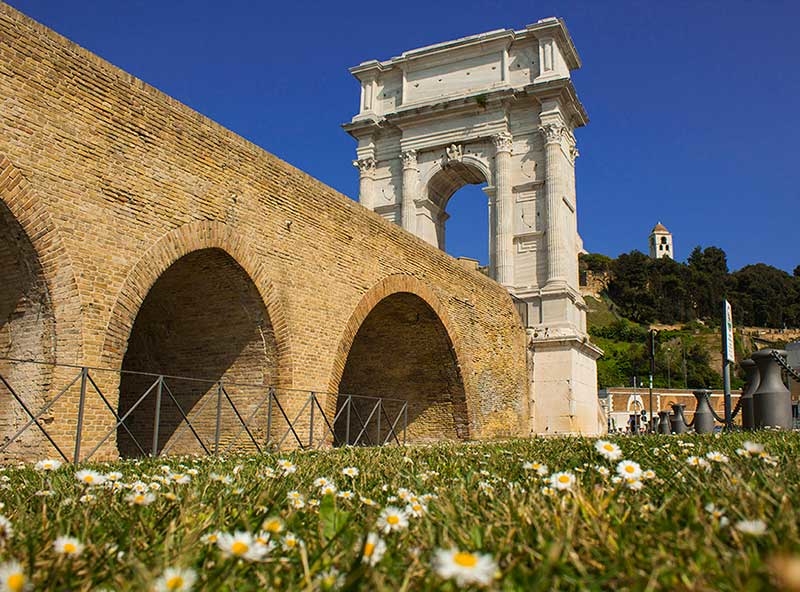 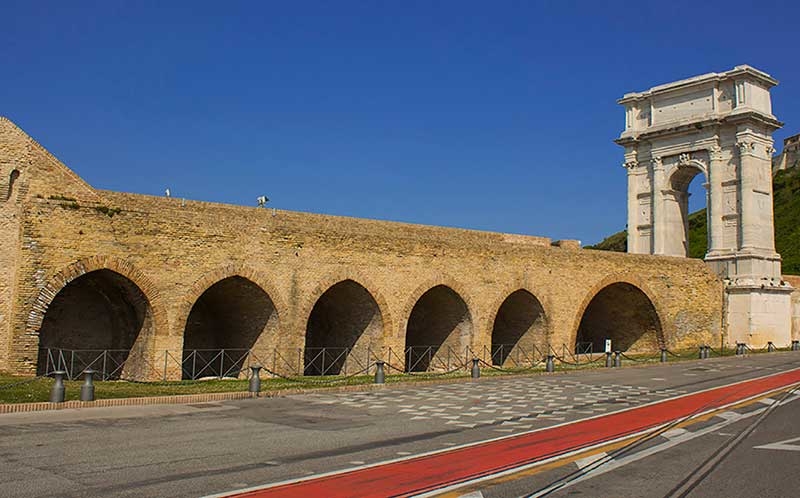 These fascinating buildings date back to the 9th century, when the ruined pier of Trajan had to be rebuilt following the Saracen raids. At the same time these rooms with pointed arch ceilings were built, to be used as warehouses. The buildings were originally at the same level as the quays where fishing boats moored and were outside the city walls and close to the water. The warehouses were extremely useful for port business and were used to store goods and weapons.

Over time they were used for all kinds of everyday port activity, making a significant contribution to the city’s growth and prosperity.