The portelle, or small gates, were not an easy access to the city; the sea crashed directly onto the walls. 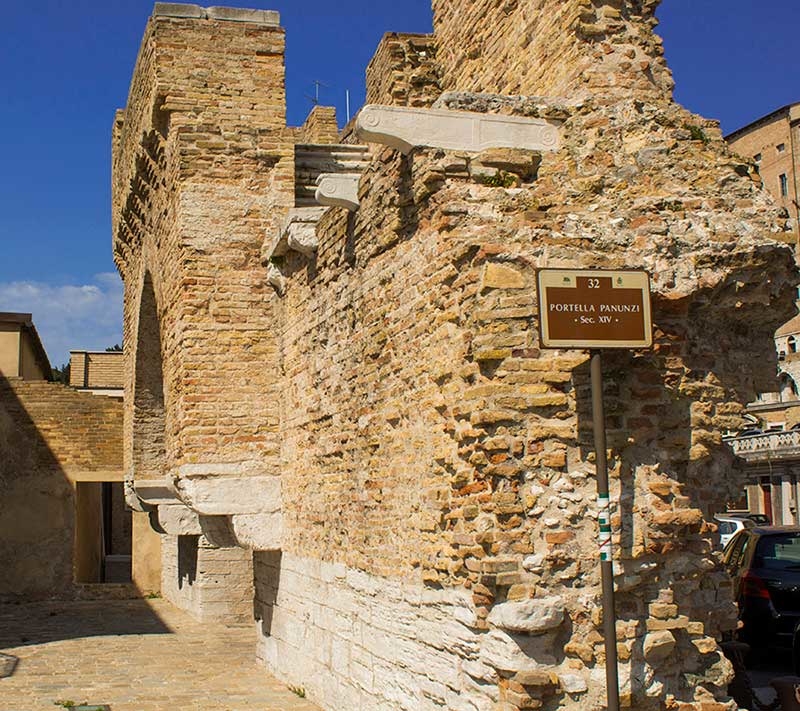 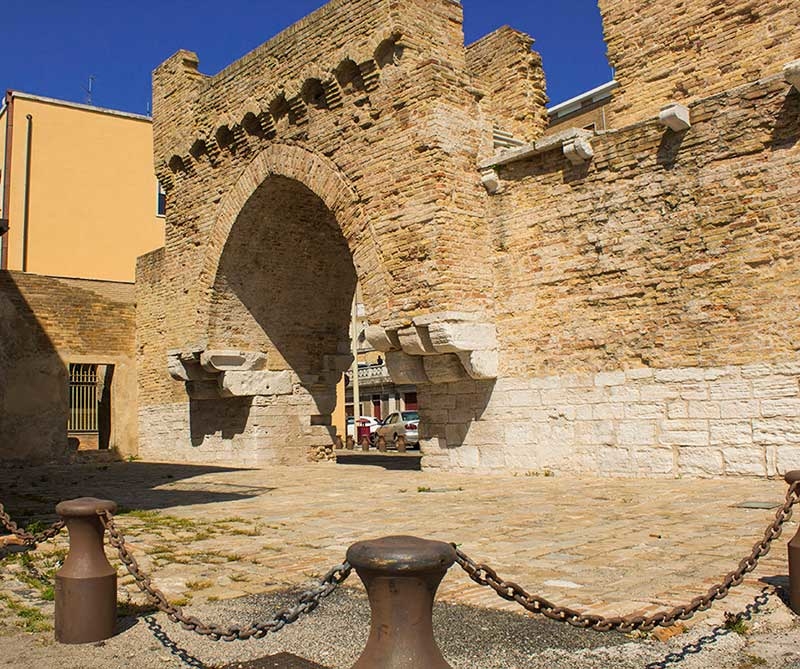 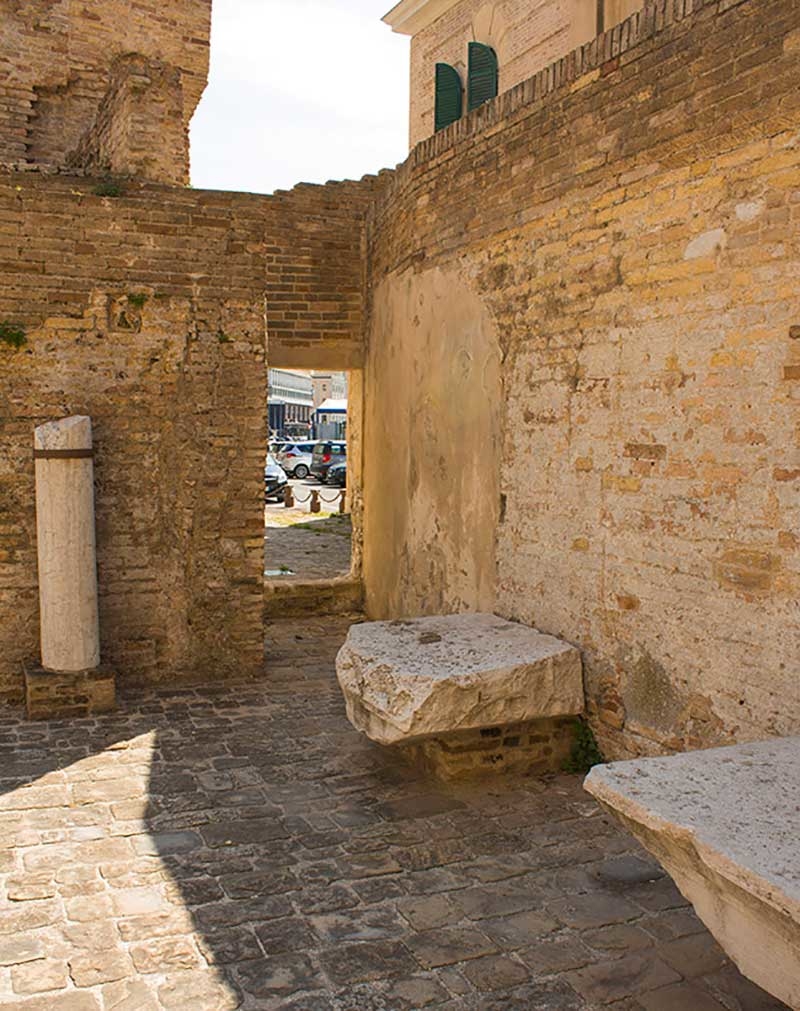 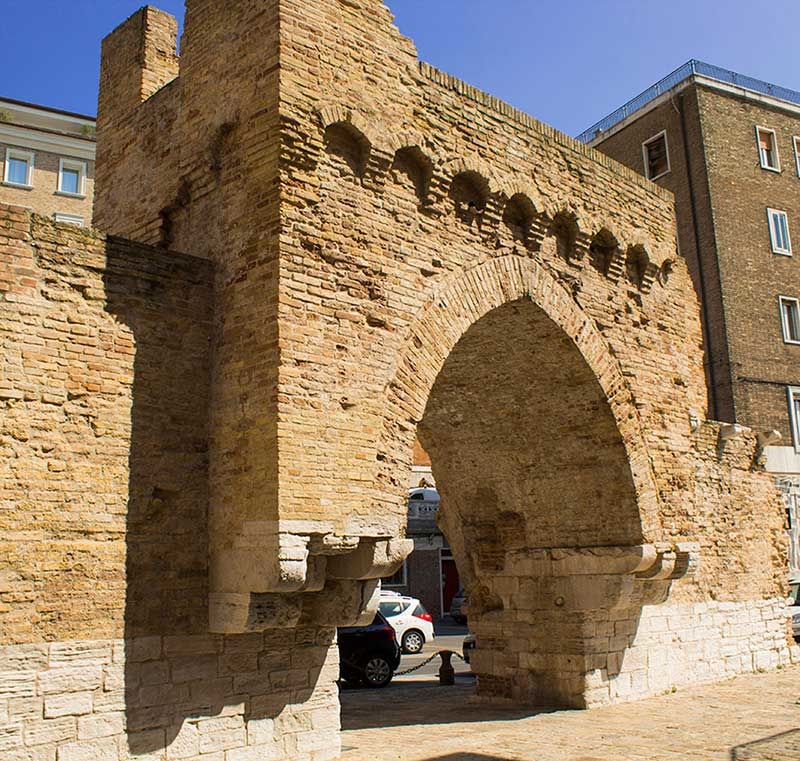 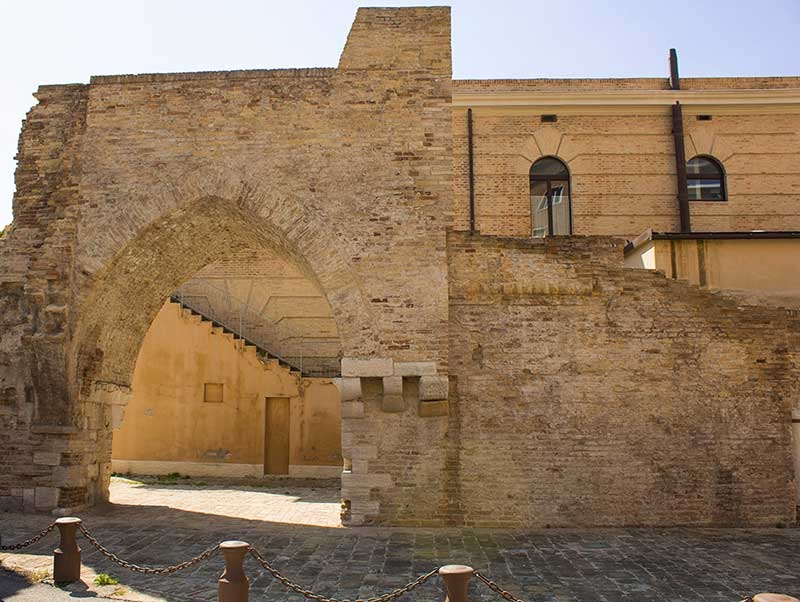 in the section between San Agostino and San Primiano in the Old Port, until the middle of the 19th century there were six small openings, access points to the harbour to aid the loading and unloading of goods. As they did not have jetties, these gates did not give easy access to the city; the sea crashed directly onto the wall, on which there was a narrow walkway. A few steps led down to each loading bay. This explains the constant and onerous task of maintaining and cleaning the walls and the loading bays.

At night, or in times of danger, the gates were closed and guarded.

When Federico, son of the king of Naples, threatened to storm Ancona in 1483, all the gates were walled, except the Portella di Santa Maria and the Portella della Beccheria, making the city practically impenetrable.

Today only four of these gates survive:

The name comes from the Torriglione family, who were responsible for the gate from the 16th century onwards; the gate was built in brick and features the family crest, with a crowned eagle in the centre of an arch. Today the gate lies within a military zone.

This gate is named after the Paluncovich family, originally from Ragusa – the present-day Dubrovnik – whose member Giovanni Paolo, a wealthy Ragusan merchant, settled in Ancona in the 17th century and took up residence in the palace behind the gate.

The gate is part of the 14th-century city wall and gave access to the port for loading and unloading ships. Of all the surviving gates, this is the best-preserved in its original form: it is built in brick with some stone elements at the base of the pointed arch, above which the walkway can still be seen. The Portella Palunci is well worth a visit, since it retains all its ancient charm.

This gate was part of the original perimeter wall and allowed goods to be unloaded and taken straight to the nearby customs office in the Piazza di Santa Maria; it is named after the church that stands there.
The gate opens onto the only surviving stretch of the ancient Via Sottomare, which ran along the walls, passing all the buildings on the ancient seafront in roofed sections and giving access to the various portelle located the length of the harbour.

The Portella della Dogana consists of a rounded arch with brick facing and some stone elements. Partially restored after the Second World War, today the gate displays some medieval features on the city-facing side and 19th-century elements on the other side.

This gate was built in the 15th century and is located below the terrace of the Loggia dei Mercanti or Merchants’ Lodge. The gateway is built in Istrian stone and consists of two arches, which merchants used for direct access to the hall of the Lodge, where they carried out their buying and selling.

Today the arches are used for religious and commemorative purposes. One houses a votive chapel dedicated to the Madonna Stella del Mare, while the other contains a plaque commemorating the departure of St Francis of Assisi from the port of Ancona to the East.