In the 18th century, Pope Clement XII commissioned the architect Luigi Vanvitelli to design some buildings to strengthen the port of Ancona.

Vanvitelli suggested extending the north pier in the same direction as the medieval one, and then bending it after the Arch of Trajan towards the interior of the harbour. The project was approved by Clement XII and a new gateway to the sea was built in 1737 and dedicated to him, located at the head of the new pier and in line with the older Arch of Trajan.

This arch was designed as a new gateway to the city and placed parallel to Trajan’s arch in a position of symbolic inferiority, which sees the new arch lower on the water, but not smaller in size. The intention was to create a monumental gateway which would ennoble “entry to the city and the Papal State in the eyes of disembarking foreign merchants” (P. Carreras).

The structure has two facades: the first, facing the city, is in brickwork, while the other faces the new pier and is built in Istrian stone.

Consisting of two Doric columns on a base, framing the rounded arch which is topped by a keystone in the shape of a lion protome, the trabeation features a series of triglyphs and scallop shells alternating with metopes, distinctive motifs used by Vanvitelli, which can also be seen on the entrance to the Mole Vanvitelliana.

Other decorative elements can be seen on the inside surface of the arch, which features coffering on the ceiling and squares on the walls, complete with two niches which would have held a pair of statues.

From watercolours painted by Vanvitelli, it is assumed that the arch was topped by a statue of the pope to whom it is dedicated; this was made by Agostino Cornacchini, initially for the church of San Giovanni in Laterano and subsequently donated to the city of Ancona. Finally, however, the statue was removed from the arch by municipal order and placed in the present-day Piazza del Plebiscito.

Today, with the removal of the walls and buildings connected to the southern side of the port, the arch has lost its original function, and become one of the most visible monuments along the length of the old port walls and a visual pointer to the city; a privileged viewpoint whose Istrian stone arch frames the Arch of Trajan and the Cathedral of St Ciriaco, creating an exceptionally lovely scenic effect. 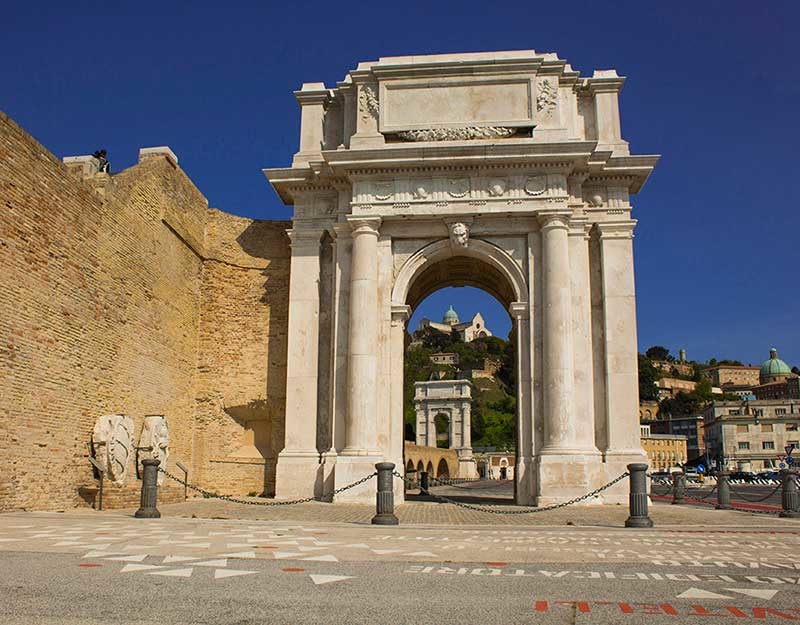 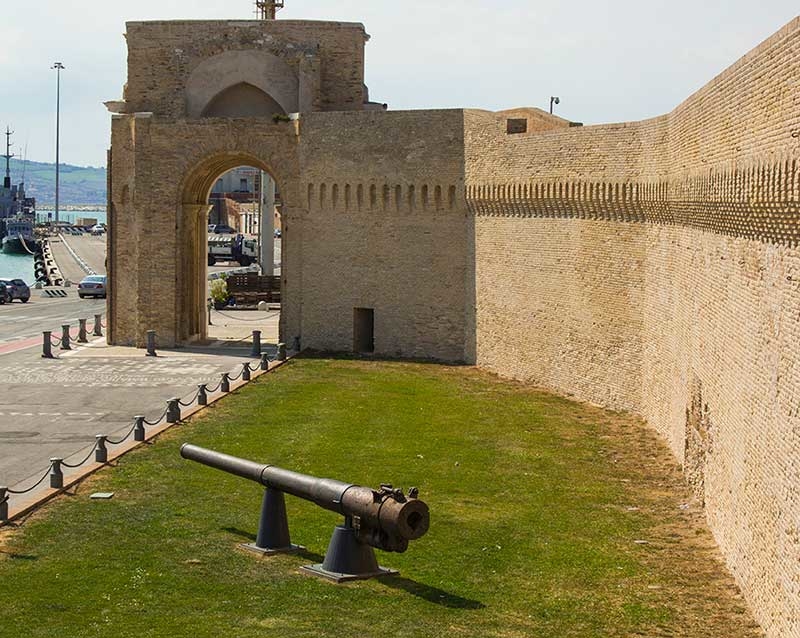 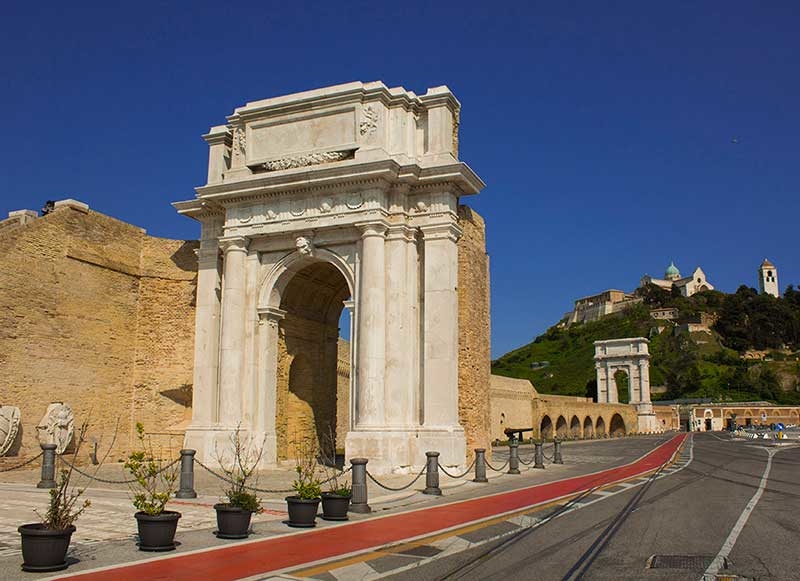 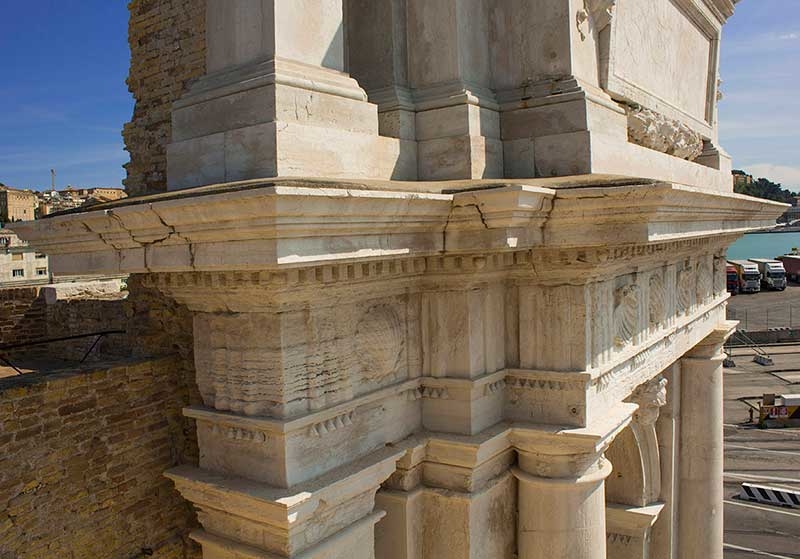 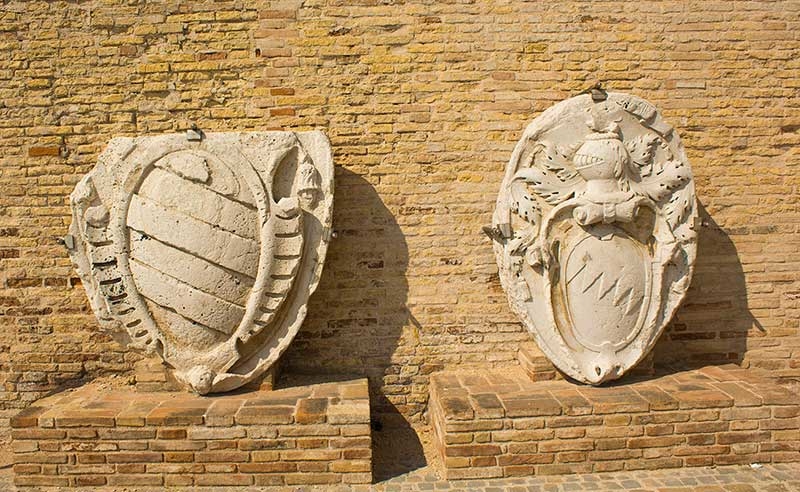 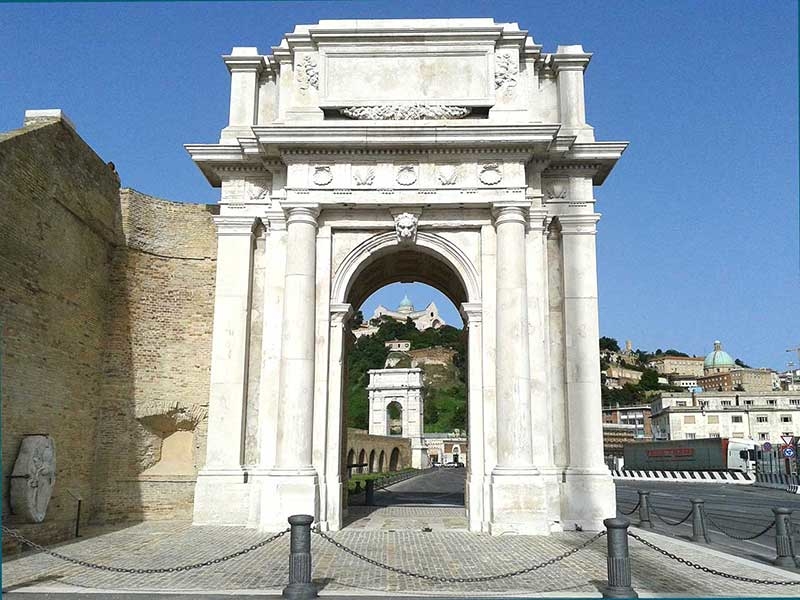