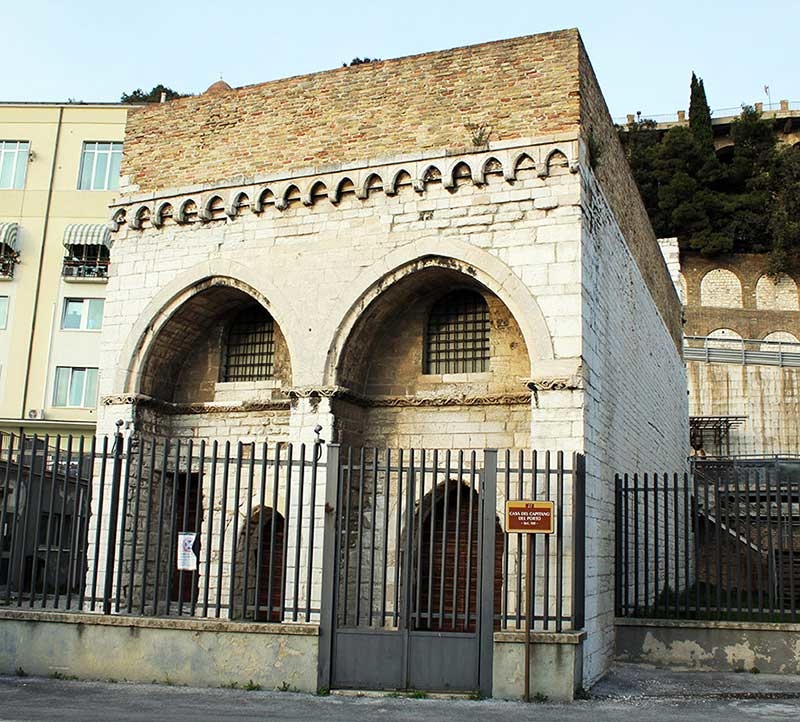 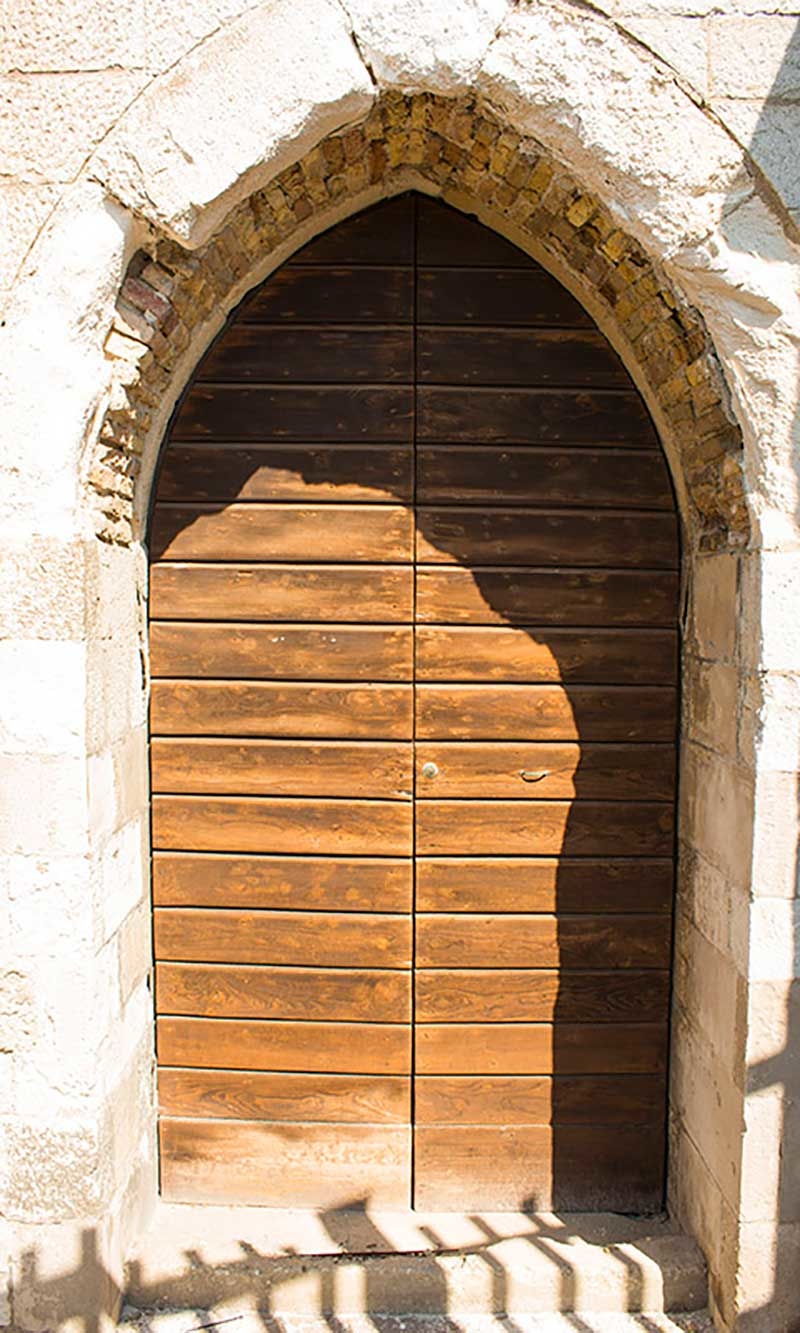 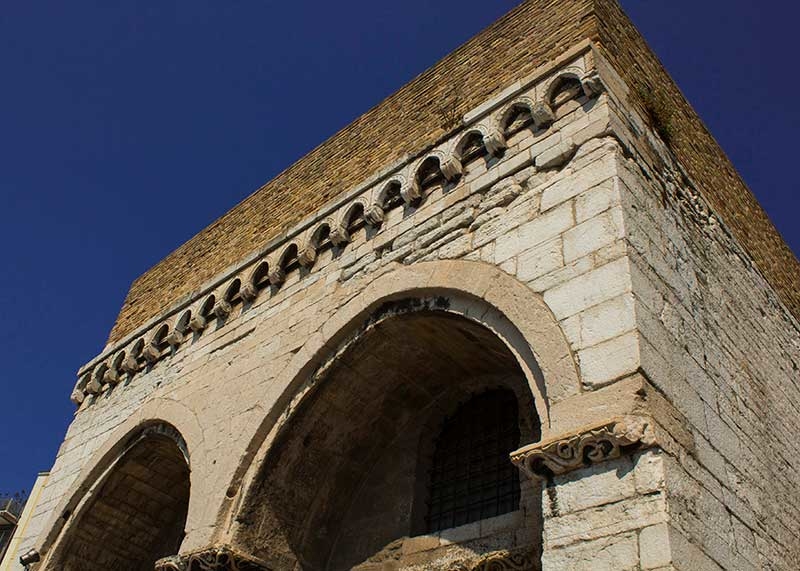 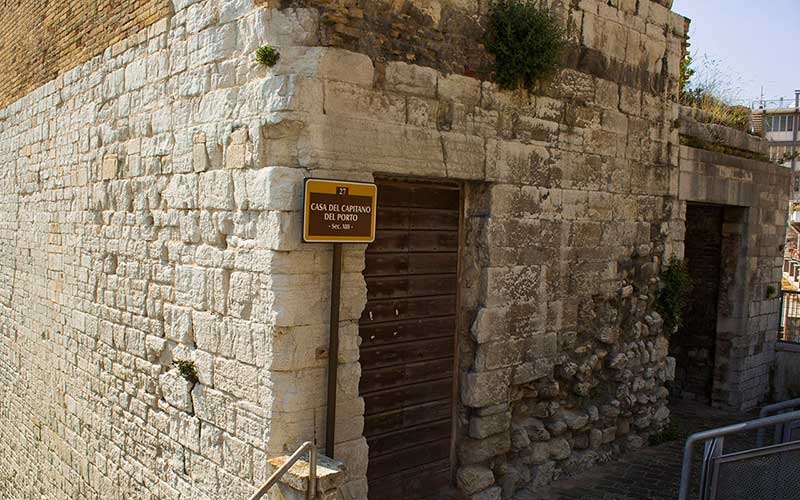 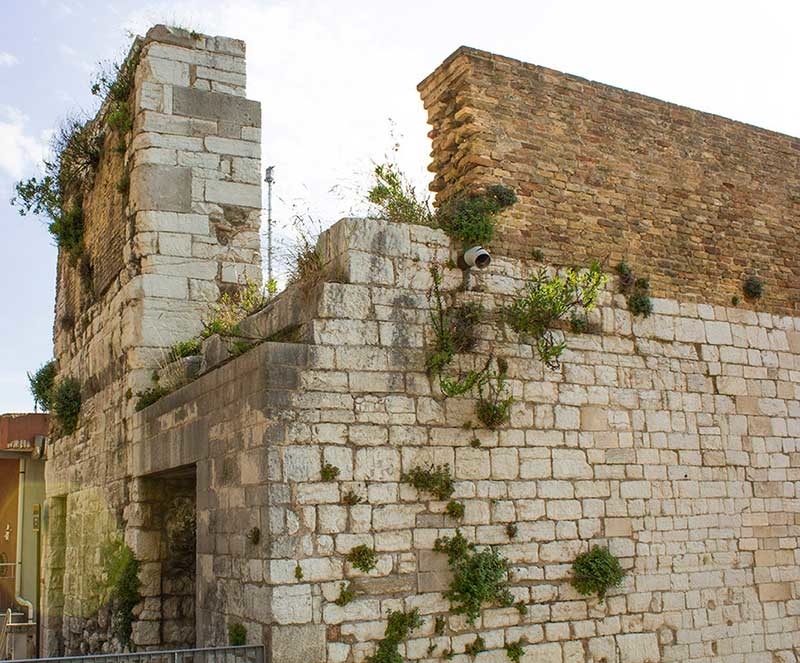 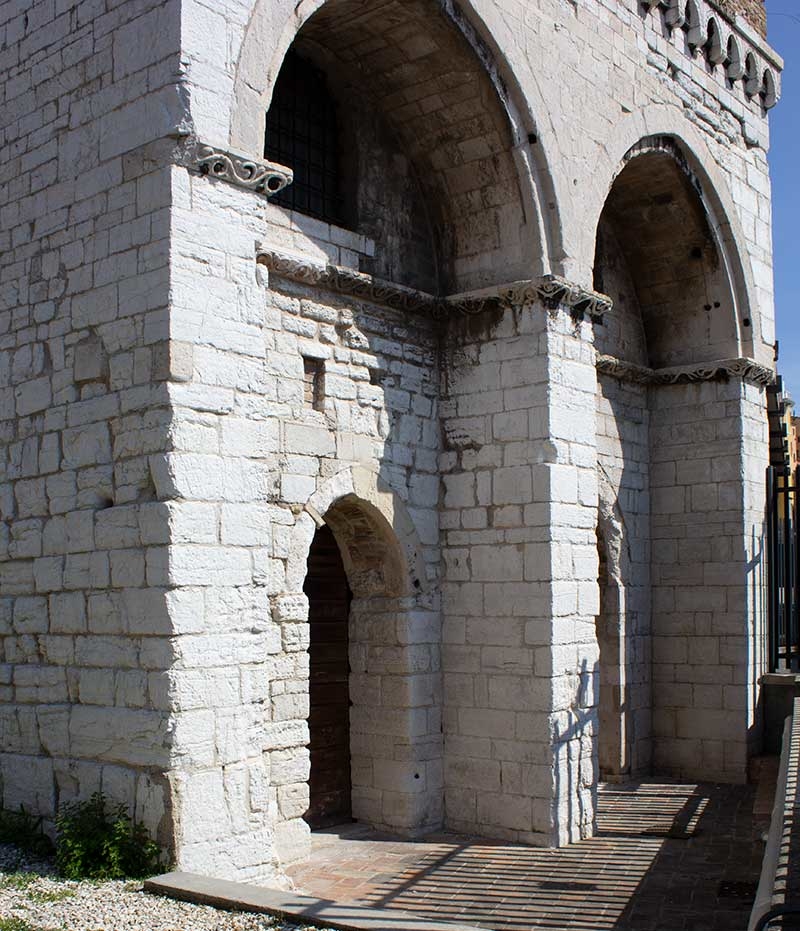 This extraordinary structure dates back to the 13th century and today is one of the few medieval buildings in the port. It miraculously survived the bombings of the Second World War, which destroyed a large number of buildings in the port area and the Doric city; the Captain’s House lost only its second storey, which was not rebuilt but replaced by a terrace.

The house stands in Via del Porto and its seaward side on Via Sottomare; it features two great pointed arches below a row of small blind arches that frame the entrance to the residence and storerooms. The facade on the present-day Lungomare Vanvitelli still retains the ruined walls of the upper storeys.

The house is built in white Conero stone, with the upper section in brick. The sea-facing facade is characterised by a splendid Romanesque floral frieze which emerges from the open mouth of a beast and continues around the entire perimeter.

In more modern times the building was used as a residence, as evidenced in the land register from the Napoleonic age and the Papal register in 1883. However, its function during the Middle Ages is unknown. The name Captain’s House actually dates back to the 20th century, when the building could hardly have been home to a captain, because Ancona’s port was governed by three council members rather than a single individual. However, the singular artistic flair seen in the building allows us to assume it was designed for some specific function.

Today the building is home to the planetarium of the Istituto Tecnico Nautico.